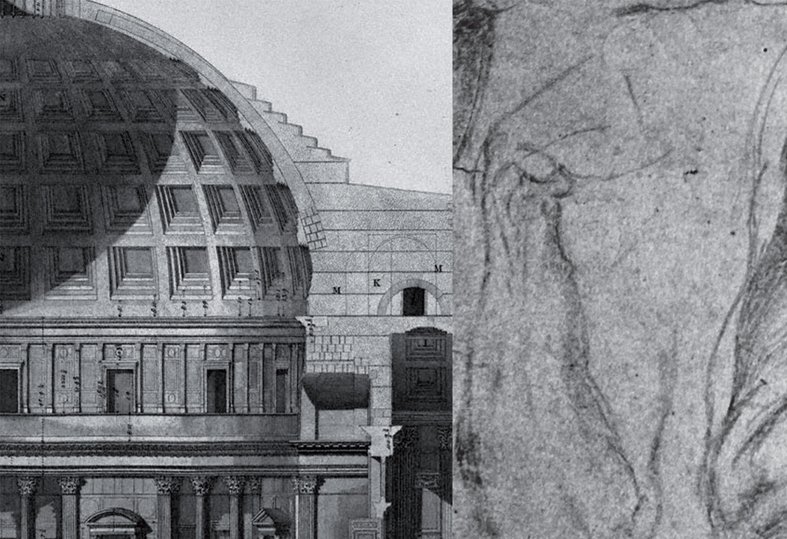 Studio Anatomy, a master studio at  KULeuven  Faculty of Architecture  campus Sint-Lucas Ghent, traces socio-historical layers, starting from the topography (geology, the vertical section) and stretching as far as the full scale architectural (constructive) detail (the section, again), incorporating construction in the design-research process from the very beginning. Doing so, Studio Anatomy covers the full stretch from poetics to technics in architecture.

Critical sequential drawing (which includes scale modelling) and in depth reflections on architecture’s construction practice and on history of architecture and art, constitute the core of Studio Anatomy’s research approach.

Studio Anatomy critically questions the too speedy nature at the surface of things we see (in architecture)—the superficiality of the world—by cutting into and under the skin of things (architecture). Alberto Pérez-Gòmez suggests that the section is of a foremost importance in the architect’s work, as a prediction on the casting of shadows, pointing at the anatomic nature of the section that, applied by the architect, “break[s] the skin of things in order to show” (Pérez-Gòmez 2006), completing his argument with Merleau-Ponty, “how the things become things, how the world becomes a world” (Merleau-Ponty 1964). This cutting into substance is resistant, hence it slows down our acting and intensifies our thinking. ‘Slowing’ instead of speeding. Because ‘slowing’ permits one to perceive, absorb and embody longer, better, deeper. Depth is the first, not the third dimension in Studio Anatomy (Van Den Berghe 2012). Through this act of cutting, which is a way of making with the thinking hand (Pallasmaa 2009), the investigated subject (architecture) is being anatomised and better understood.

Pérez-Gòmez, A. (2006), The Space of Architecture: Meaning as Presence and Representation, in: Questions of Perception: