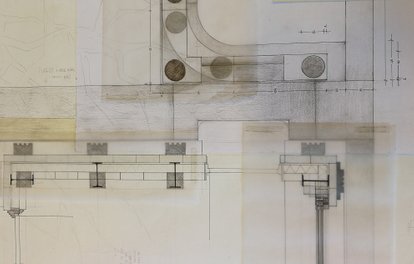 Prototypes of Looking and Seeing beyond Walls

This research is situated in the Dieweg graveyard (Ukkel, Brussels, 1866), on the Northern hill slope downwards to a small river and a primeval forest (Zoniënwoud), and more specifically in the preferential research area. Embedded in this tempting topography sits an array of 19th century ‘Romantic’ burial monuments and mortal chambers, abundantly overgrown with moss and ivy. It is a very inspiring place for architects. The student is invited to design a sequence of rooms (i.e. ‘Waiting Rooms’), in which The Window (or: windows) have to be designed. The study of the window, here, includes a comparative study on three levels: (1) the opening (the view) and (2) the frame (the window detail), hence tackling respectively (1) the theme of looking and seeing (a) the physical and material world (sightlines, the reading of the topography, ...) combined with (b) more imaginative and symbolic ways of ‘seeing’, and (2) the deep study about how to materialize this looking and seeing in the world. 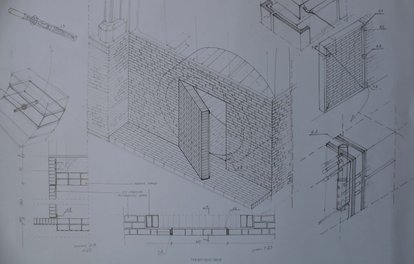 Site: Church of Our Lady in Bruges (BE)

The research theme of this assignment is the creation of a most carefully designed series of spatial transitions that is postponing (hence: moratorium) the access (prolongation) by making the latter very gradual. These transitions carve their way through and into an architectural mass (brick, stone) so as to finally penetrate into an imagined new space (hence: Moratorium Space). This space then has to be found, created, made and constructed for something extremely precious, i.e. Michelangelo Buonarroti’s Madonna of Bruges (1501-1504). This Moratorium Space has to be made in the architectural body of the Church of Our Lady in Bruges (13th, 14th, 15th Centuries). 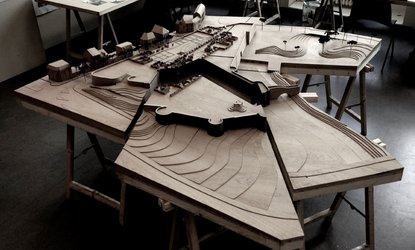 THE ANATOMY OF A ROOM WITH A VIEW

This research takes Château de Selles in Cambrai (France) as its starting point and field of operations. For a number of years this castle is struggling with the disappearance of its historical heritage of that have been made by its (political) prisoners during the history of the castle as a detention center. This heritage is gradually disappearing due to deplorable air and light conditions if the curators allow the public to visit the castle in its current state. They have to deal with a paradoxical situation: on the one hand they can no longer open their built archive and cultural heritage to the public, on the other hand they have to resist the loss of a (cultural) memory and the possibilities to share this cultural memory with society. 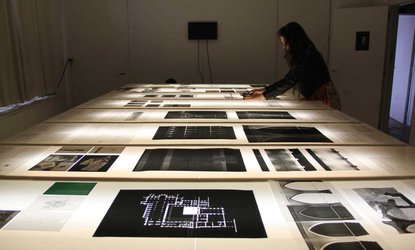 Research and design TRANSITION in the site of the Abbey of Villers-la-Ville, in particular: the transition between life and death (Necropolis). Through a creative process the student investigates and makes a 'monologue' in an image (an architectural narrative). 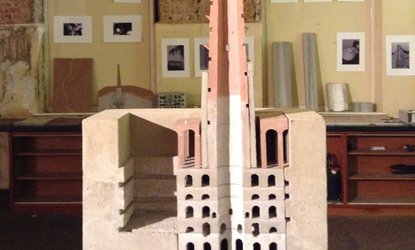 THE PROVOCATION OF THE SEEMINGLY IMPOSSIBLE

Site: The Ghent Altarpiece also called the Adoration of the Mystic Lamb or The Lamb of God painted by the brothers Van Eyck in between 1430-1432

The design deals with the addition of a gothic tower to the series of towers in the painting of ‘The Mystic Lamb’ by the Van Eyck brothers (1432). While this provocative project questions the potential and the materialisation of the transition from life to death, it comes into conflict with the censorship imposed on architectural interventions in consecrated spaces. And it also comes up against the limits of making and drawing, which are essential actions in the pursuit of architecture. 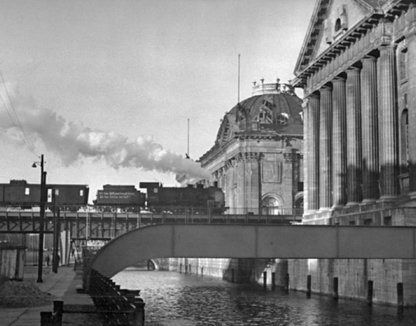 Partner of the Wandering Arts Biennial 2018, Brussels (BE)

This research operates in the Museumsinsel in Berlin, in the area north of the Bodestraße, and stretching as far as the Bodemuseum at the north end of the island.

Our decision to return to Berlin for this research, and more specifically to the Museumsinsel, encapsulates the city being heavily loaded-historically, culturally-a legacy that this part of the city seems to express compellingly through its architectural bodies and spaces that also seem to tease out connections with the actual political and cultural climate.

Ai Weiwei, who actually lives and works in Berlin, states that Western (European) Democracies apparently rely on the self-evident presence of Democracy and Human Rights, which they seem to take for granted all too arrogantly, thinking these values and structures are indestructible. However, Weiwei's contention clearly holds a warning, based on his personal experiences and his observations all around the globe. To some extent, all of us may share these experiences and observations from the 20th Century and from more recent history. Finding Democracy under threat and comparing this situation with its historical precendents, one might witness another imminent Götterdämmerung.

By means of wandering along limits (historical, constructive, political, cultural, …), points of (p)reference in the architectural topography of the Museumsinsel have to be identified and located. The plans and observations of Roma done by Nolli (1748) and Piranesi (ca. 1774), as well as Roma Interrotta (1978), are the main references of this assignment. Isn't Berlin another Roma interrotta, and interrupted city?

These points of (p)reference clearly constitute 'a place', into which a suite of rooms has to be designed as a new pavilion within the site. This suite of rooms constitutes an antichambre, a chambre, and finally-and only for those who want to make an effort by approaching, going through the transition between 'out' and 'in', and going through a suite of rooms and the meticulously designed transitions between these rooms-the desired moratorium space (the third room) as a celebration for Being.Human.Body.Architecture can be discovered. It would be wrong to insert this pavilion as an isolated 'object' onto the site. Rather, the newly designed architectural body should be inserted into the site by intimately engaging with, or coming forth from, or penetrating into, or growing out of, one of the existing architectural bodies. A special interest for the historical presence of the site should raise questions such as: how to engage, as an architect, with a loaded architectural history of a place, when intervening architecturally in this place today? 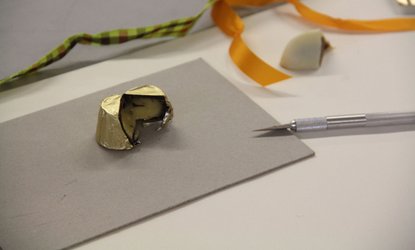 By the Spanish architect Eva Prats 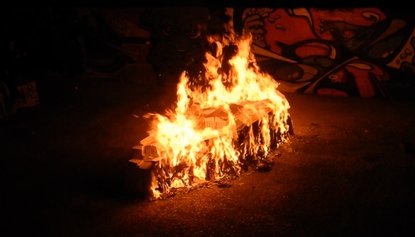 BETWEEN FLUX AND STASIS AND FLUX.

Investigate, create and explain (a) coherent series of waiting rooms in the ste of the Acropolis, starting from (among other data) a thorough reading of the text Montage and Architecture by Sergeï Eisenstein (Eisenstein ca. 1938). The student first makes a topographic analysis of the (historical, morphological, …) stratifications of the landscape by means of tracing vertical sections (analysis of the whole), by identifying a point of (p)reference based on this analysis (the fragment), and by designing/creating transitions of/by a series of spaces (waiting rooms) up to the full scale architectural (window)detail (the detail).